August 25, 2018
Good morning! I'm the Pinterest Inspired Hostess this month over at the Scor-Pal Blog. What does that mean. Well ... I find something on Pinterest that I would like to try and re-create the project, but also make it my own. I was inspired by this One Sheet Mini Album created by Virginia Nebel from the Scrapbook & Cards Today Blog. 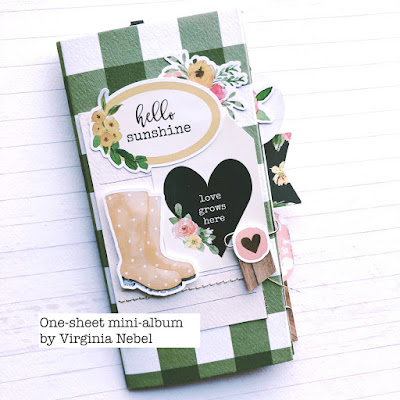 This lovely mini-album is beautifully made using only a 12" x 12" sheet of cardstock. I love the design, and then added a little bit of me into it.

I went with a Summer Mini Album since our Challenge Theme this month is about Summer. It also helped that I had left over Carta Bella Summer Splash DP to work with. 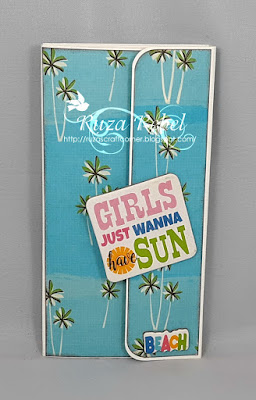 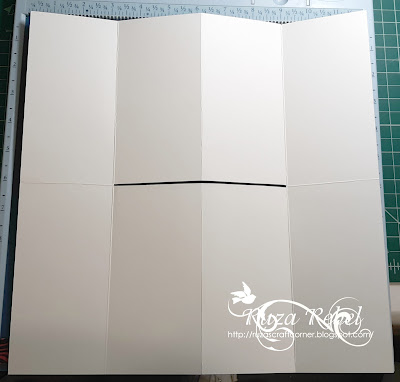 As shown in the photo above, I used my ruler and craft knife to cut out the center score lines; fold and burnish the score lines. 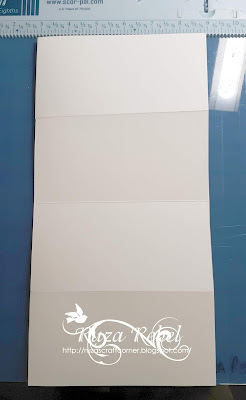 Fold the piece in half, and then push the sides together to see a square in the center, as shown below. 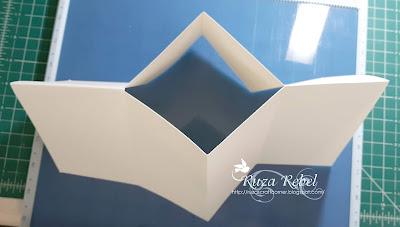 I then folded and reburnished the cardstock, as shown in the first photo on the left below. Now for my addition to the design. Since the edges are not even, I added a closure to the Mini Album with magnets.

The next addition I made was to the inside. There are two open areas at the top after folding that I didn't seal. I made and added two fold down flaps to one of them. You will see them more clearly when I reveal the finished album.

I added Scor-Tape to the sides standing up, and then slid them into the top slat. This is a bit tricky. I would remove only one side of the scor-tape, insert into the opening, and then take the Scor-Tape off of the other side. I learned my lesson on that part. It was very hard to do with the Scor-Tape off of both ends. My apologies for not taking a picture of this part before I decorated the pages.

The following photos show how I decorated the inside pages. I put stickers onto cardstock, cut them out then added 1/2" Scor-Tape to the bottom, or top, and added them to my pages to hold extra mini-photos or journalling pages. 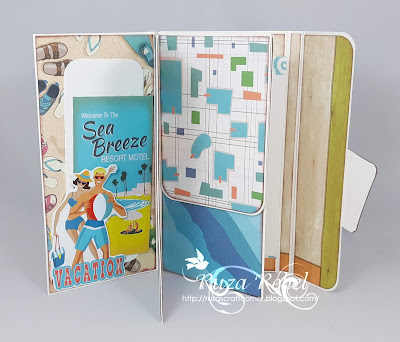 The picture below shows the decorated flap raised. I used a magnet to hold down both sides. 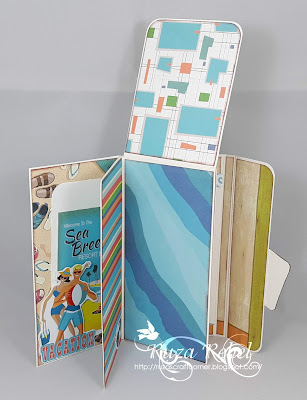 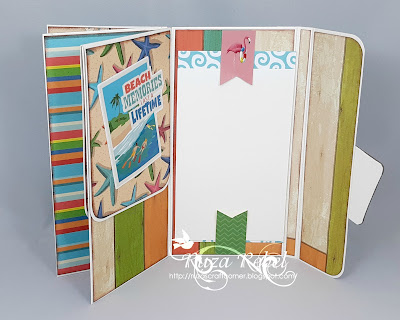 I hope you enjoyed my Pinterest Inspired Project and give it a try. You still have time to join in our More Than One-Scor Challenge #51 ~ Summer.

fusiafscrapping said…
Such an adorable mini!! You did a fantastic job making this! Thank you for taking the time to not only create this, but to share your tutorial also!
Isia
August 25, 2018 at 1:29 AM 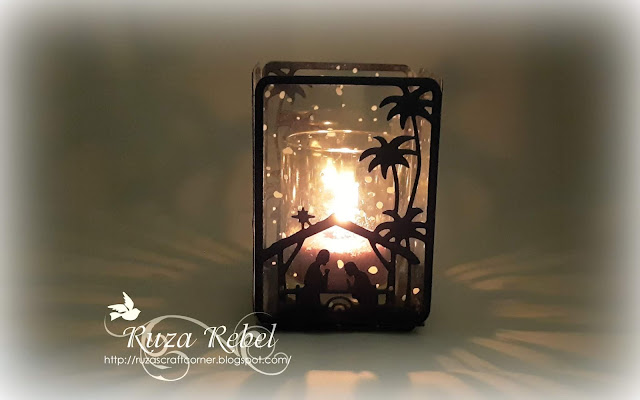 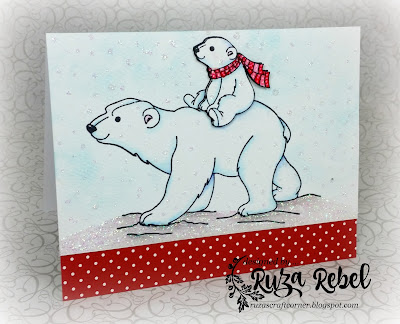